Statin Mania Has Seized the Nation And Reduced Body Sass 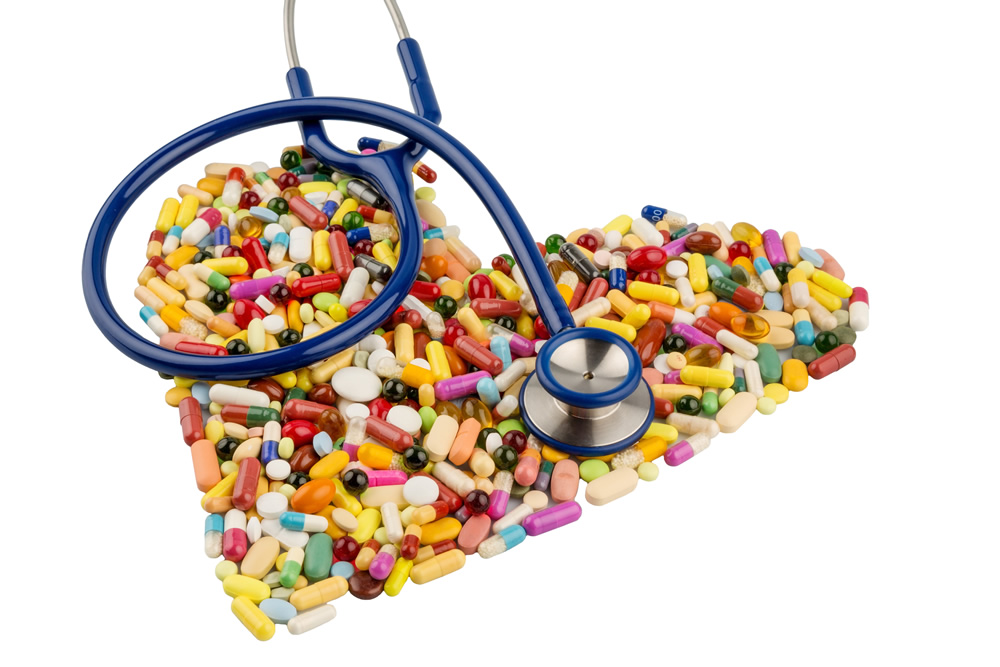 December 9, 2013
Unfortunately, creating vibrant health is not as easy as popping a pill that advertises that it will solve your health issues. We are being misled, and it is time to start educating ourselves and understand better how our bodies work, so that we are able to assess ?health claims? more accurately. Today?s example is statin-mania.

Last month, new ?cholesterol treatment guidelines? were issued in an 84-page document crafted by the American Heart Association and the American College of Cardiology. The mandates set out by these guidelines will have doctors prescribing statin drugs to another 36 million Americans, doubling the statin-taking crowd from 36 million to 72 million. Yep, 72 million human bodies being pumped with medication to?um?TREAT CHOLESTEROL. Treat cholesterol?!?! I will go out on a limb here, take the gloves off, and call it straight: Folks, this is insanity. I?m not kidding. We?ve got a serious case of The Fox in the Hen House and that has NOT historically gone well for the hens (in this analogy, the 36-72 million Americans are the hens).

Let?s bring in some Body Sass? insider information for ya. Cholesterol in the blood is not a disease. Cholesterol is in our blood because the cardiovascular system is like a system of roads in our body that helps everything get where it needs to be?and cholesterol is a vital nutrient in our bodies. Vital. Nutrient. I won?t go into all the reasons why that is, but you can check out my May blog post entitled ?The Great Cholesterol Myth? to get more info on that. But people. This is like saying we should be taking a drug to ?treat Red Blood Cells.? ?Gosh, there just too many red blood cells and it?s crowding our vascular system, causing high blood pressure, so we need less of them. Let?s make a drug to impede the production of red blood cells.? Right. Just silly.

Heart Disease, which is actually a condition of the cardiovascular system (not the heart), is not caused by a statin-deficiency. No such thing. You can?t be deficient in something that isn?t supposed to be in your body?.SO WHY ARE WE PUTTING IT IN?!?! It is also not caused by cholesterol. Not. Caused. By. Cholesterol. Nor is it caused by saturated fat. But, fear has taken over, since Heart Disease remains the #1 killer in our country (despite the ?low fat? craze?hmmmm), and people will do whatever they are told by their doctor in order to avoid it. Especially if it?s as easy as taking a pill that is covered by insurance.

How did we get to this level of insanity? Well, scientists wanted to figure out why so many people were dying of heart disease. So, they studied the plaques in clogged arteries and said ?Woa! there?s cholesterol and saturated fat in these plaques!?

?I see cholesterol and saturated fat in these darn plaques. I got a theory that says that all that cholesterol zooming around in our bloodstream gets stuck in these arteries, clogging them, and causing heart attacks. Therefore, the solution to curing heart disease is to get that vile cholesterol OUT of the bloodstream?or at least lower it a whole bunch.?

??Kay, Frank. Let?s do some studies to prove that theory. We?ll be freakin? heroes!!?

Okay, okay, that?s not exactly how it played out, but it?s the general idea and more fun to read than a historical Cliff Notes of Ancel Keys and the Lipid Theory. THEORY. Definition of a theory is that it?s a PROPOSED explanation for something that has been repeatedly confirmed through observation and experimentation. Which means the Lipid Theory is actually not even a theory, because it hasn?t been repeatedly confirmed. It?s really the ?Lipid Hypothesis?, which means it?s just an idea that can be tested.

That underlined section is important. Studies are most often done to PROVE theories. Not to uncover reality or open our minds to possibilities, but to take someone?s brilliant theory and inflate its importance with scientific backing. And guess who can afford studies, which are very, very expensive? Right. Big Pharma. The Fox.

And then the plot thickens. Over the last 50-60 years, research has demonstrated, over and over again, that there is NO correlation between ?high cholesterol? and the development of heart disease. But the Lipid Theory of heart disease continues to be what everyone ?knows? (?world is flat? anyone?). And that is very likely related to the fact that in situations like the creation of these new guidelines, it?s all about The Fox. The majority of panel members creating these newly announced guidelines have financial ties to the drug industry (the companies that sell statin drugs). Holy conflicting interest, Batman!!

No worries. Taking drugs that you don?t need for a ?disease? that you don?t have is no big deal, right? It?s like an insurance policy, right? Wrong. Very hugely wrong. Statins, in particular, have been linked to muscle pain and weakness, fatigue, cataracts, diabetes (20-30% increase in those taking statins!), cancer, low libido & sexual dysfunction, memory loss, and more. So, turns out this may be more about changing what it written on your death certificate than about building health. Turns out, this measure will likely add billions and billions to our healthcare costs as people grapple with these ?side effects? (it?s a bit of an understatement to call diabetes and cancer ?side effects?). Meanwhile, while Americans pop their ?insurance pill? every day, they will likely be ignoring the real cause of heart disease: chronic inflammation. What causes chronic inflammation? High sugar intake, smoking, unmanaged stress, nutrient-deplete food lifestyle, lack of exercise, trans-fat intake, and many other lifestyle choices and factors.

Take a pill to reduce a vital nutrient from being provided to your body, ignore all of the things that actually DO cause heart disease, and get sicker by the day. Insanity.

Instead of converting millions of Americans into statin customers, I suggest that we focus on these real factors of heart disease and ill health. I believe that the American people deserve to have important, far-reaching medical guidelines developed by scientists, panels, and experts who can be trusted to have people?s good health as their main goal. That we should be able to confidently rely on the makers of these guidelines to be free of influence, conscious or unconscious, by the industries that stand to gain or lose. I suggest that we build our health foundationally, from the ground up. I suggest that the world is round. I suggest we stop tampering with the biochemistry of our Sassy Body. Ya with me?

← Obesity Is Not A Disease Fats Are Good For Body Sass →