Obesity Is Not A Disease 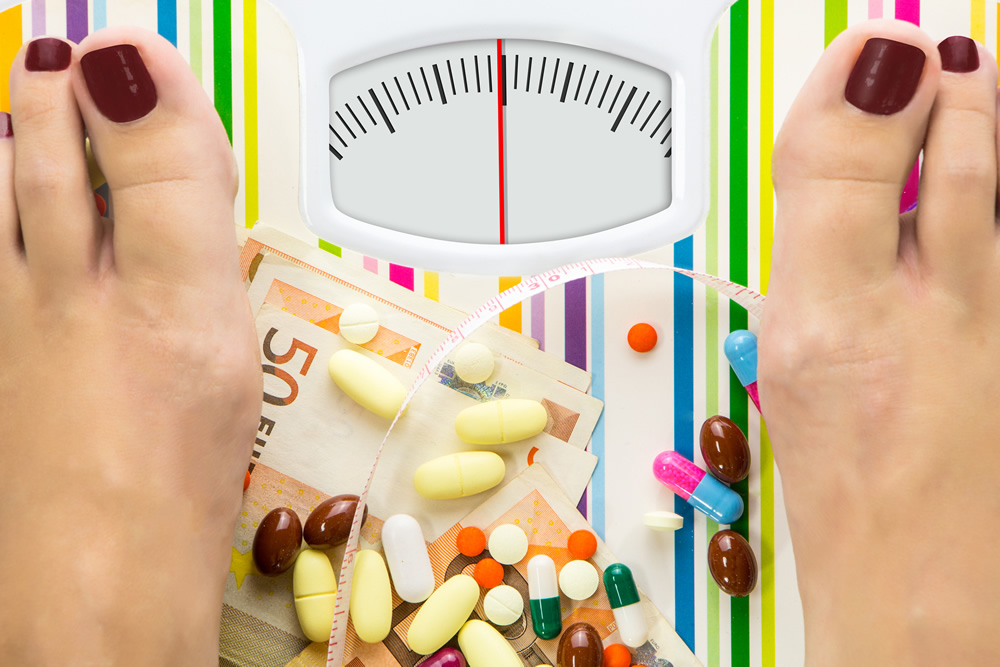 October 1, 2013
I will go out on a limb and say that likely very few, if any, folks WANT to be overweight. And, it is clear that being overweight is not good for our health. However, to call obesity a disease is incorrect. People need education and support to understand how their choices affect them, and they need to understand how the subconscious mind works so that they can work to reprogram the messages that aren?t serving them. Drugs and/or surgery for 90 million people is outright insanity.

Obesity is not a disease. I repeat: NOT A DISEASE. Did I mention that obesity is not a disease? These articles are killin? me! This one, put out by the LA Times this summer, is entitled the ?AMA Declares Obesity a Disease?, and it?s a real winner. The subtitle for the article says it all, really: ?The move by the American Medical Assn. board means that one-third of adults and 17% of children in the U.S. have a medical condition that requires treatment.? So, overnight in June, 90 MILLION people (1 in 3 Americans) needed ?treatment?, which typically means?drugs and/or surgery. Sigh.

There are just so many disturbing things in this article that I?m not sure where to begin. But, before I do actually begin, some food for thought. I work with overweight and obese folks every day in my practice. I understand that it is usually not as easy as just ?voila!…change your eating habits.? And, I understand that there is often an emotional component, a hormonal component, etc. Additionally, there is very often a lack of understanding by the client as to WHY they are gaining weight and that being obese is significantly detrimental to one?s health. Most people think of it more in terms of appearance and social stigma, because this is what hits them squarely between the eyes every day. And it?s painful. So, I get that this is a complex issue and that the vast majority (all?) of people who are obese?if they could click their red shoes together three times and say ?remove my excess weight? and it would happen?they would do it. They don?t WANT to be obese. They want to understand and embrace Body Sass?, just like you, and just like me.

?Tuesday’s vote is certain to step up pressure on health insurance companies to reimburse physicians for the time-consuming task of discussing obesity’s health risks with patients whose body mass index exceeds 30. It should also encourage doctors to direct these patients to weight-loss programs and to monitor their often-fitful progress.???Studies have found that more than half of obese patients have never been told by a medical professional they need to lose weight ? a result not only of some doctors’ reluctance to offend but of their unwillingness to open a lengthy consultation for which they might not be reimbursed.?

Um. Where to start. First, it?s a ?time-consuming process? to inform someone about the health risks associated with obesity? In my practice, I have a handout and the discussion about health risks takes maybe 5-10 minutes. The bulk of our time is spent discussing foods that build health and not weight, how hormones and stress can get in the way of progress, and an action pan. And, I?m not sure that doctors, who reportedly receive about 3 hours of nutrition education in their 8 years of college training (one introductory class), are the right people to be ?monitoring their often-fitful progress.? People, being over-weight or obese is a situation, NOT a disease!!

“This will force primary care physicians to address it, even if we don’t have a cure for it.”

Maybe it?s time to think outside the box a bit. How about if healthcare companies cover nutrition work with highly qualified nutritionists? How about if there is a combined approach that involves an obese person also working with someone that can help them address underlying beliefs and behaviors that can lead to obesity? I know I?m over-simplifying, but I?m just trying to make a point that we are barking up the wrong tree. Actually, we are running from wrong tree to wrong tree, barking loudly up all of them. Wrong trees. Healthcare will pay for gastric bypass surgery, but not for counseling on food and health? Another of the many faces of capitalism gone amuck.

Ah-ha! and Voila! DRUGS for people with too much weight on their body, that will be approved by the FDA, which is the same governing body that makes things like MSG and aspartame legal (see my post ?Is the FDA asleep??). And, these legal additives have been?clinically?shown to damage the?hypothalamus?and thereby contribute to weight gain (they actually use MSG to create obesity in rats for studying obesity). AND these drugs will be diagnosed by doctors, who also prescribe medications, like anti-depressants, for people that are sad about being obese, that contribute to weight gain. Hmmm?.that all sounds a little, er, disturbing to me.

It might also shift the nation’s focus too much toward expensive drug and surgical treatments and away from measures to encourage healthy diets and regular exercise, the council wrote in a background memo for AMA members.

Right. I don?t think the tenants outlined in this article are going to solve the obesity epidemic in our country. I think it is more of an ?opening Pandora?s box? thing. Why Pandora?s box? Because there has been no foundational healing. Because the root issue has not been addressed. So, instead of the U.S. having 90 million people who are obese, the U.S. will have 90 million people who are obese and/or on medications that cause further dysregulation to other parts of the body and/or grappling with complications from invasive surgery. Because unless people are educated and empowered, the habits, behaviors, and emotions that caused the obesity in the first place will still be in place. Many, many people who undergo gastric bypass surgery end up being obese again?but now obese without enough stomach acid to digest protein well and to process and absorb minerals well and, and. Right. Cuz we aren?t supposed to be removing parts of major organs for something that is, usually, more of an education and behavior issue.

And, in closing, how about this guy? Dr. Daniel H. Bessesen, an endocrinologist and obesity expert at the University of Colorado Anschutz Medical Campus, at the end of this article, called the AMA’s shift “a double-edged sword?, worrying that “the term disease is stigmatizing, and people who are obese don’t need more stigmatizing.” Well, true that, Daniel!

I believe we are at over 40,000 named ?diseases? at this point. Obesity is not a disease. Lots of things we call diseases are not diseases. Wake up, America. What we?re doing is not making us healthier people.