Kick Soda to the Curb 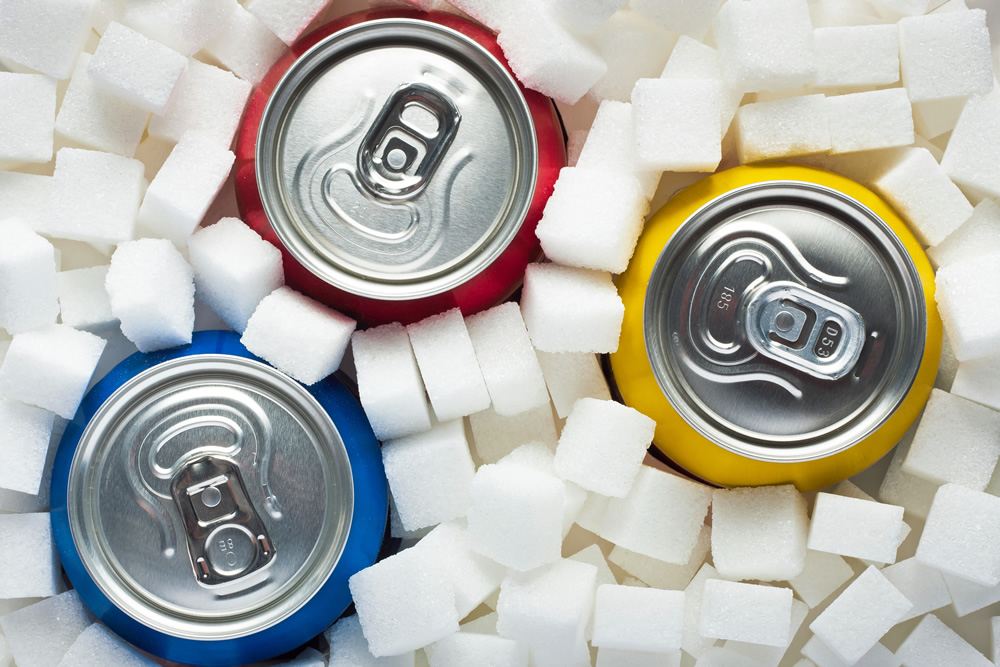 July 23, 2013
Don?t let the marketing fool you. Soda is terrible for you, ?sugar-free? or with sugar. Learn more about why we?re being sold a bill of goods with the ?sugar-free? label. Hint: that label also means ?toxic chemicals enclosed.?

I suggest you kick soda to the curb to create all that Body Sass? you?re working on. ?But I drink diet soda!? Kick it to the curb even harder! Drinking Diet Coke will not make you look or sing like Taylor Swift and drinking Pepsi will not make you look or sing like Beyonce. Nor will it make either one of those lovely ladies want to date you, in case you?re male and thinking that it?s not your goal to look like them! But Coke and Pepsi pay millions and millions of dollars (Pepsi is spending a whopping $50 million on their Beyonce campaign!) in hopes that those are one of the messages that you will walk away with, making you want to drink their disgusting, health-eroding beverages.

Marketing dollars and messaging aside, let?s talk non-diet soda. Research has shown fructose (regular soda is sweetened with high fructose corn syrup?made from GMO corn?yum) to be particularly harmful to human health. Unlike excess glucose, like table sugar, which eventually passes through our digestive tract and is excreted, 100 percent of fructose that’s consumed is taken up by the liver. Once there, fructose causes increased fat deposition in the abdominal cavity and increased blood levels of triglycerides — both of which are risk factors for heart disease and diabetes.

Around 100 years ago the average American consumed a mere 15 grams of fructose a day, primarily in the form of fruit (ie: combined with fiber and nutrients). One hundred years later, one fourth of Americans are consuming more than 135 grams per day, largely in the form of soda. Yep, Americans drink an average of 53 to 57 gallons of soda per year (depending on the source of your statistics). High fructose corn syrup in the form of soda is the number one source of calories in the United States (gross!), and it is?very likely?the primary cause of the obesity epidemic.

A single can of soda per day can add as much as 15 pounds to your weight over the course of a single year, not to mention increase your risk of diabetes by 85 percent. Additionally, elevated insulin levels ? which soda clearly causes ? also underlies nearly every chronic disease known to humankind, including: cancer, heart disease, premature aging, arthritis, and osteoporosis. From my perspective, there is absolutely NO reason to ever drink soda. We?re 70% water, not 70% soda?we need to drink water!

Ah, yes. Then there is the ?yes, but there?s no sugar or calories in this one!? argument for diet soda. Okay, people, listen up. Diet soda is sweetened with artificial sweeteners like sucralose (Splenda) and aspartame (NutraSweet, Equal) which is an excitotoxin (read: neurotoxin?toxic to your BRAIN?puts little holes in your hypothalamus, which is your master gland?not good). Why are artificial sweeteners so popular and wide spread? Don?t rush to give me an answer! Think twice. Okay, I will tell you. It?s because people using them are trying to cut calories, trying to lose weight. It all makes perfect sense: artificial sweeteners are with really low or no calories. You?d think that this would be the best pick! But like everything else in life, if it sounds too good to be true, then?well?it probably IS too good to be true.

Here?s a disturbing fact: Splenda has actually never been proven safe for human consumption. Did you know that only two human trials on sucralose were completed and published prior to the FDA approving Splenda for human consumption? And these two trials included a giant sum total of 36 human subjects. Worse yet, the longest running trial lasted only four days, and looked at sucralose in relation to tooth decay, not human tolerance. As for determining the absorption of Splenda into the human body, a mere eight men were studied. Based on that singular human ?study?, the FDA allowed the findings to be generalized as being representative of and regarded as “safe” for the entire human population! Awesome. And people wonder why I don?t hang my hat on the phrase ?FDA Approved.?

And aspartame, as mentioned, is an excitotoxin, like MSG. Okay, ready? Aspartame and MSG are actually used in trials with lab rats to CREATE OBESITY in the rats so they can be studied. But yet, diet sodas are posed as a diet food?ie: helps you lose weight. GIANT misnomer. False. Health misinformation.

I want to set something straight. Your body is a complicated machine. And, your body is very smart. You can?t trick it with man-made products! Everything you ingest leads to chemical reactions in your body. These chemical reactions lead to signals being sent to The Boss (your brain), about everything happening in your body. Then, after the signal is accepted by your brain, other signals are sent back as a response. Etc.

So what happens with your health and weight depends on these complicated mechanisms. These artificial sweeteners are chemicals, that your body doesn?t recognize, that have toxic effects in the body. Your body THINKS it?s getting sugar because of the receptors in your mouth, but it?s actually not getting sugar, which makes you crave it more, leading to more cravings and potential overeating. Your body senses the sweet in your intestinal receptors and still releases insulin from your pancreas, which is your FAT STORAGE hormone. That means WEIGHT GAIN and a high risk of diabetes. So, although these ?sugar substitute? imposters may save on calories, they are no free lunch! By saving calories, you have to pay with increased appetite for sweets, leading to increased overall food consumption and potentially obesity and diabetes. Oh, yes, and a toxic brain. Fairly important organ, in my book.

Phew! Hot button, anyone? Soda?kick it to the curb!

We want Body Sass? and we get it with Food Sass?! Soda is simply not in the picture. The food you eat builds your body, every day, for better or for worse. Make choices for health!

← The FDA Is Not Your Watchdog Obesity Is Not A Disease →