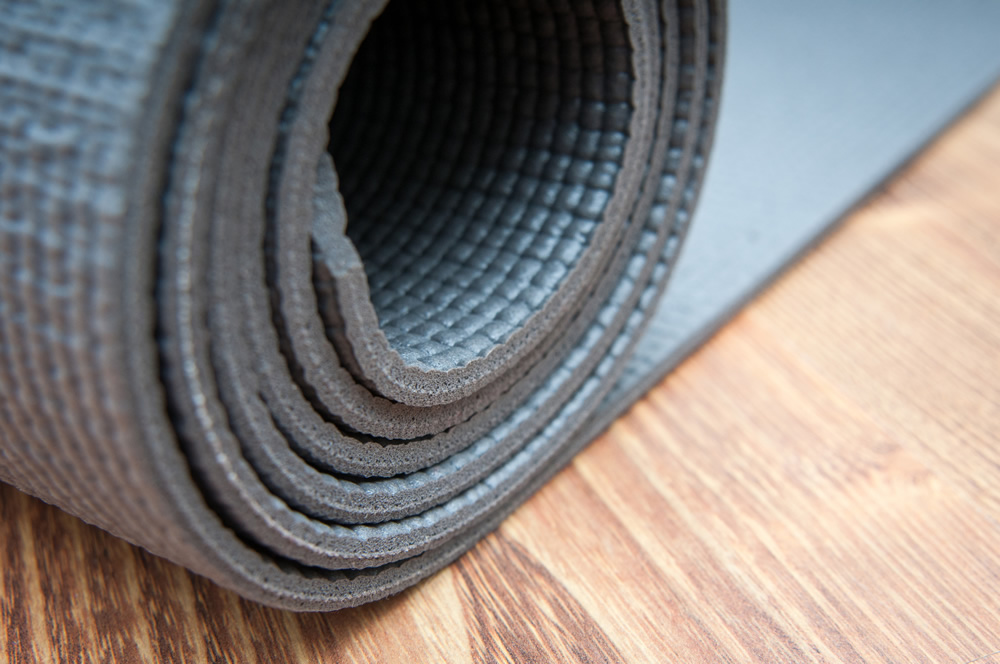 March 10, 2014
It?s becoming increasingly important to understand what is in the edible items that we?re buying and putting into our magnificent bodies. There are more than 10,000 substances put in our food supply, and a third of them have never received FDA approval. I?m not excited that azodicarbonamide can be found in either our yoga mats or our bread, and am sharing some thoughts for you to ponder.

You may have seen the hubbub in the news recently around azodicarbonamide, a compound used in making yoga mats (and shoe soles and gaskets around windows, etc), and our food supply. An NPR article that I recently read discusses the debate and works to look at both sides of said debate. One of the main things that really brought this ?food ingredient? forward to the news lately is that Subway has elected to remove it from all of their bread products. I posted a blog, back in June 2013, called ?The FDA Is Not Your Watchdog? which mentions azodicarbonamide, and I clearly stated that I am not a fan of that being in our food supply (over 500 food products contain it!). I am still not a fan, nine months later. Neither are the Europeans or the Australians, who have banned it from their food supplies.

One of the points mentioned in the article is that the AMOUNT of this creepy stuff in any given food product is incredibly small. They point out that the folks that work in the factories where azodicarbonamide is used getting asthma is no concern to us because those folks were exposed to a LOT of it. Hm. Well, I see a few areas where that reasoning is not something I want to hang my health hat on.

First, if a non-food, non-plant substance causes issues at ANY level, I would strongly prefer not to have it in our food supply. Why do I say it that way? Well, herbs are one of my favorite things in the whole world, right up there with cell membranes. ?Biochemistry geek!? I know, I know. Anyhoo. If you take boatloads of an herb, it probably will cause issues, because herbs are medicinal. Cabbage, my Food of the Month last month can exacerbate thyroid issues, in those susceptible, at high intake. But cabbage is an absolute, turbo-charged, cape-wearing superfood. However, I?m pretty sure that azodicarbonamide is not something we are supposed to be eating. I doubt Paleo man or any other man, woman, or child ingested it, prior to a few decades ago. If it causes issues at ANY level, I want no part of it. Toxic buildup, anyone?

Second, the FDA is always prattling on about ?safe levels? and, frankly, it really annoys me. Here?s why: if there are over 500 foodstuffs that contain azodicarbonamide, there is a good chance that people are getting more than one serving of yoga mat per day. If there is some tiny amount of a pesticide that won?t cause a human to croak on the spot, that is then approved for use on our food. Well, we all eat more than one thing each day (unless you?re fasting, of course) so we are getting a whole lot more than that, AND very, very little testing on how all of these chemicals and additives interact WITH EACH OTHER has been conducted. What are they doing to our biochemistry as they mix and combine in our Being? I, for one, am simply not excited about that. The few tests that have been done point to neurotoxicity (bad for your brain). Hm. Interesting that Alzheimer?s and ADD/ADHD have become so common over the last few decades, eh?

??while the FDA stalls and hedges on the safety of these substances, Americans are exposed to untested combinations of food additives, dyes, preservatives, and chemicals on a daily basis. Indeed, for the vast majority of Americans consuming industrial foods, a veritable chemical cocktail enters their bodies every day??

This quote is from a great article, written several years ago, called ?Are You Enjoying Your Daily Chemical Cocktail?? Check it out! See if you can find reason number 2,367 that I am such a proponent of regular detoxification. Read more about my Body Sass? Cleanse HERE.

Folks, it is estimated that more than 10,000 substances are allowed in human food. Manufacturers or trade association panels approved more than 3,000 of these chemicals without any FDA review. Of those, it is estimated that about 1,000 chemicals are entirely unknown to FDA and the public. An informal survey of food industry experts confirmed this estimate; many suggested the figure could be significantly higher. Another reason to eat whole, nutrient-dense foods, as close to their original state as possible. Eat real food!

The food you eat builds your body, every day, for better or for worse. Make choices for health!

← Fats Are Good For Body Sass Clearing Up Breakfast Confusion →