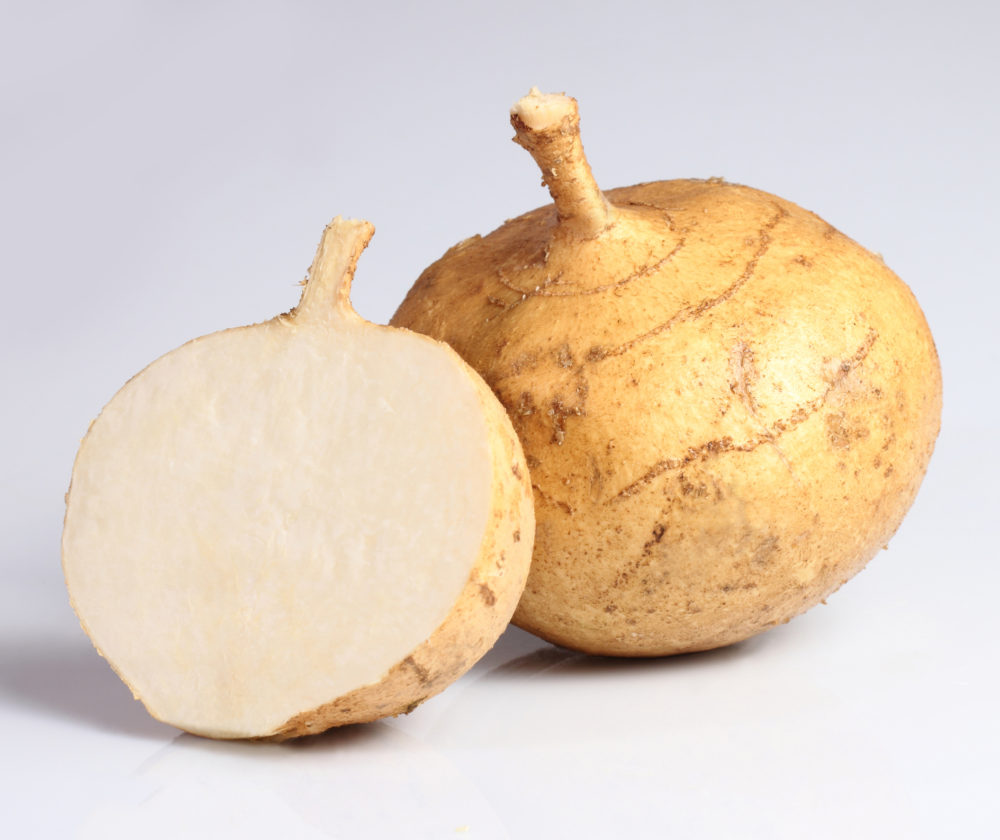 September 12, 2016
A great way to add some pizazz to your health-building food choices is to try something NEW. Learn about jicama, and take with you an easy, delicious, & nutritious way to serve it on up!

Embracing a healthy food lifestyle has its twists and turns, its ups and downs, just like any other worthwhile Journey. One perceived barrier that folks (myself included!) can run into is that they?re going along fine and feeling positive shifts in their health?and then?they get ?food boredom.?

What often happens at this point, is that they start to lean back into unhealthy foods that make them feel less good, but offers their brain a ?new-ness infusion.? A better option is to try a new healthy food or dish to spice things up a bit!

Enter jicama. Why did I choose jicama? Because the majority of people don?t eat it (or even know what it is). Just because you?ve never done something before doesn?t mean you shouldn?t do it. In fact, often ?variety is the spice of life!?

What is it?
Jicama is a juicy root vegetable with a texture like a turnip, but a taste that?s more similar to an apple. In its homeland of Mexico, it?s known as the ?Mexican water chestnut,? which gives you an idea of its texture.

Why would I eat it?…aside from the ?newness? factor?
It?s yummy and crisp. It?s also low in calories, high in a few important nutrients (antioxidants, vitamin C, some B vitamins, and potassium), and generous in fiber. But not just any fiber. Jicama contains a superhero fiber called inulin which promotes bone health; promotes the growth of beneficial bacteria in our intestines which creates a healthy colon and healthy immunity; and is believed to help control blood sugar levels. This last benefit means jicama is a great food for diabetics and for those who want to lose weight.

But don’t?go overboard! Like potatoes, jicama is high in carbs, but due to the different makeup of it?s carbs, it?s a great choice in moderation.

How do I buy, store & prep it?
When scouting it out at the market, look for firm round specimens, and store them in a cool, dark place (up to 3-4 weeks). Wash them just like a potato, slice off the top and bottom to create flat surfaces, and then remove the peel with a paring knife or a peeler. Important note: although I?m a big fan of eating peels and skins of produce, not so with jicama. The skin contains an organic toxin called rotenone, so best to peel this fantabulous friend and toss the skins.
Note: Once cut, the starch quickly converts to sugar, so best to eat this fresh (within a day or two).

Okay, I?m game. So how would I eat it?
You can julienne it in a salad, chop it for stir-fries and soups, and mix with other veggies and fruits?like in this Mexican Cubed Salad.
Special call-out to the Fall 2016 Body Sass Cleanse Group: this recipe is Cleanse-friendly!

← HEALTHY Eating on the Go YOUR Food Sass® Halloween Treat →